Written by SarahPaquette on February 8, 2018. Posted in Sarah Paquette (Science) 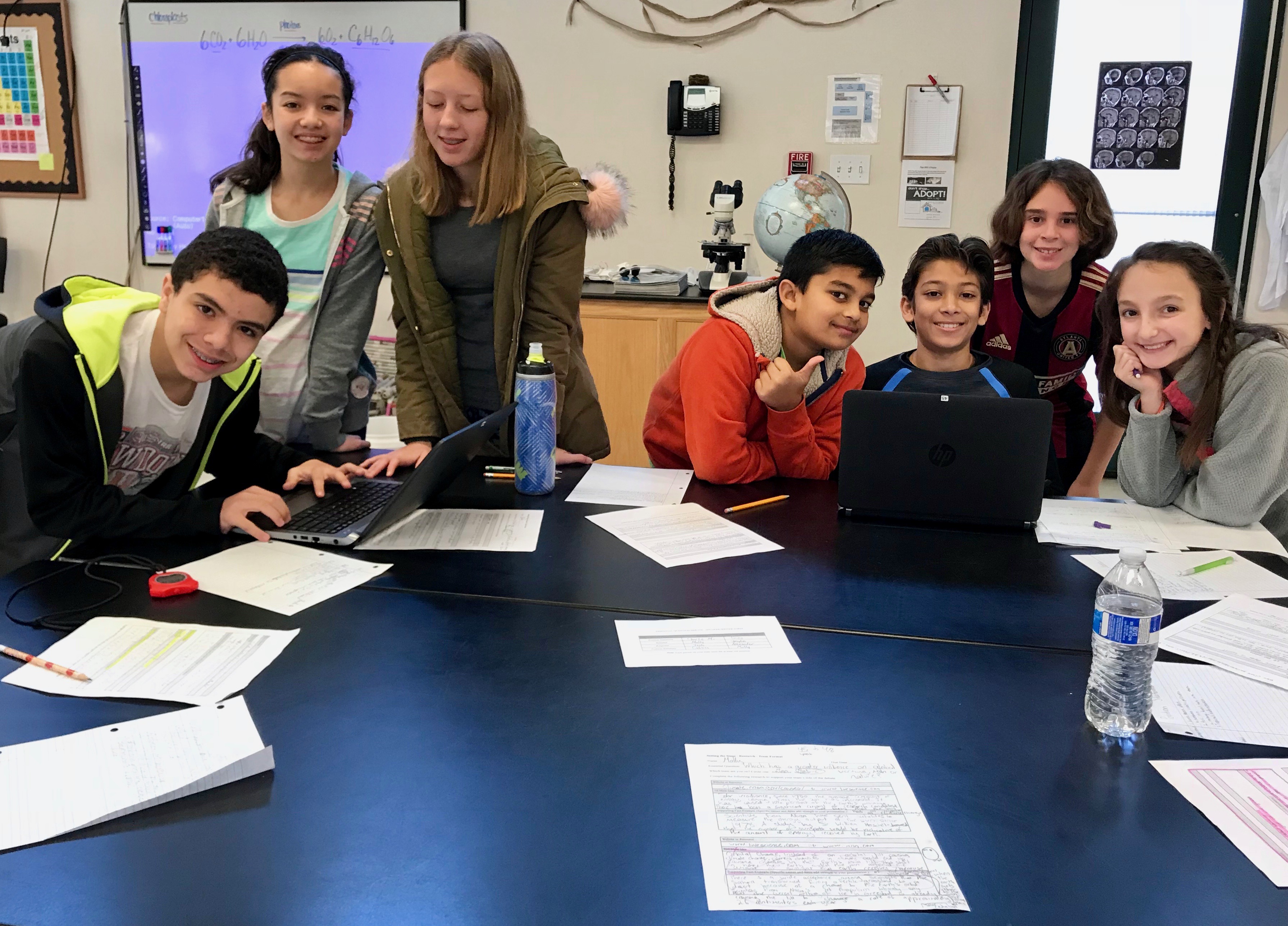 After gathering enough ideas to volley, students were divided into teams to debate the essential question, “Which has a greater influence on global warming, man or nature?”. Teams intact, our lab turned into a court of law, complete with a panel of judges. With a flip of the coin, teams began to banter back and forth. The first team presented a powerful opening statement which was countered with an equally powerful response from the opposition.

From here, deep thought and a lively discussion ensued. Watching students consider alternatives, weigh evidence, support their ideas, and justify their answers was rewarding, but the icing on the cake presented itself as meaningful connections to prior learning and the world beyond our lab walls became increasingly evident. These connections typically continue months later as students’ natural curiosity (and competitive nature) loops them back to the ideas shared during the debate. This type of sustained inquiry represents one of the main goals of essential questions.