America celebrated one of man’s crowning achievements as astronaut Neil Armstrong walked on the moon on July 20, 1969 and the most famous music festival of modern times occurred at Woodstock, New York. In August 1969, a much smaller step occurred in East Cobb County, Georgia. Entrepreneurs and educators Kay and Dave Clark opened Wood Acres Country Day School on the corner of Johnson Ferry and Roswell Roads. The school was a first of its kind preschool. The converted house was nestled under a great oak tree and welcomed children to a unique formal learning environment specifically designed for two, three and four year old children.

As the popularity and reputation of Wood Acres grew, so did its need for more space for program expansion. The Clarks found forested acreage further down Johnson Ferry Road and moved the growing Wood Acres School to its present location in the early fall of 1981.

The Clarks remained steadfast owners and caretakers of this unique school until June 2001 when John and Judy Thigpen became owners, entrepreneurs, and caretakers of Wood Acres. Wood Acres popularity and reputation created the need for another program expansion, major campus renovation, and a new building. Turner Hall was dedicated in September of 2006, housing fourth through eighth grades, two science labs, a STEM lab, technology lab, and foreign language classrooms.

The Wood Acres School celebrated 50 years of outstanding teaching, learning and caring in 2019. Success is still measured in small steps as we revel in seeing each child experience the joys and challenges of learning. 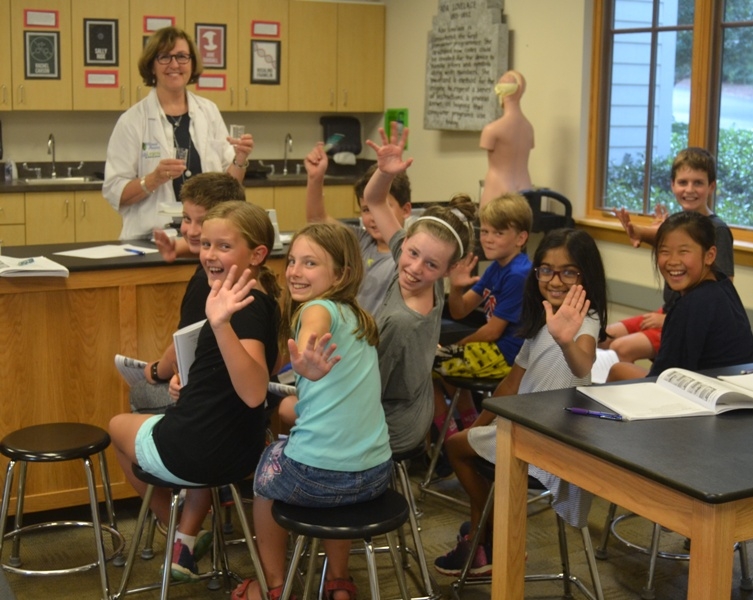 A hundred years from now it will not matter what my bank account was, the sort of house I lived in, or the kind of car I drove. But, the world may be different because I was important in the life of a child.